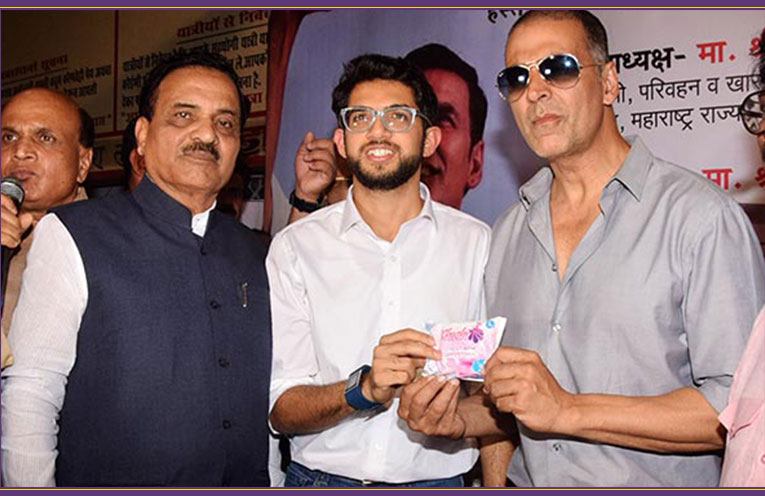 Akshay Kumar has been making content backed movies that are making revolutionary changes, not just in India but worldwide. Not to mention, how Bill gates tweeted about his 2017 movie, Toilet: Ek Prem katha.

Akshay Kumar was recently seen in PADMAN, based on the real life story of Arunachalam Muruganantham. In a country, where menstruation is a taboo to make an entire movie on it really deserves applause.

Akshay Kumar and Aaditya Thackeray plan to install many such machines all over Mumbai and entire Maharashtra.

Kudos to the duo for taking up such a great initiative. It is good to see Akshay Kumar contribute to this cause after the release of the film. It only goes on to show that he is more than a great actor.

Earlier, at the Miss. World Pageant Manushi Chhillar won the “Beauty with the purpose” award, which was also based on menstrual hygiene.

Placed a sanitary pad vending machine at Mumbai Central ST Bus Depot today, hoping to place more across the State and eventually hopefully the whole country. Thank you @AUThackeray for your support 🙏🏻 pic.twitter.com/MghqrEEK9Q