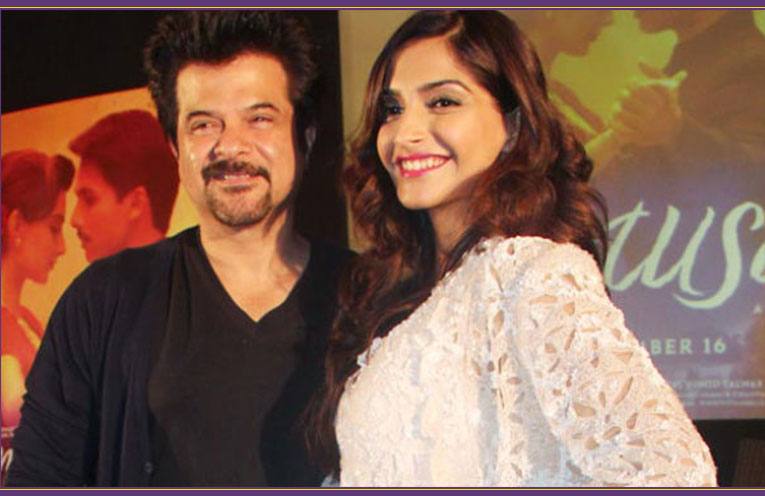 The famous father-daughter duo, Anil Kapoor and Sonam Kapoor need no introduction. While we are busy trying to figure out what is the secret behind Anil Kapoor youthfulness and can’t help by drool over Sonam’s amazing fashion sense, both the actors are all set to star in a movie together.

This is the first time both of them will be sharing the silver screen together. They have shared screen space in ads and were also seen in the not so controversial T.V chat show Koffee with Karan.

The shooting for the movie has already commenced and the movie is titled “Ek Ladki ko deka toh aisa laga”. The movie will hit the screen on October 18th, 2018.

While talking about working with her father, Sonam got emotional and said “It has taken me 10 years to work with my father. I’m more excited than nervous to be working with him. We never interacted in a professional capacity, not even during the shoot of our productions Khoobsurat (2014) or Aisha (2010). My father is never critical of me. My mother is [critical], but not him. He thinks Rhea [Kapoor, sister] and I are the best and loves the way we handle our work. Dads are usually like that with their daughters.”

“The movie is directed by Shelly Chopra Dhar and produced by her brother Vidhu Vinod Chopra, the movie also stars Juhi Chawla and Rajkummar Rao alongside Anil and Sonam.”