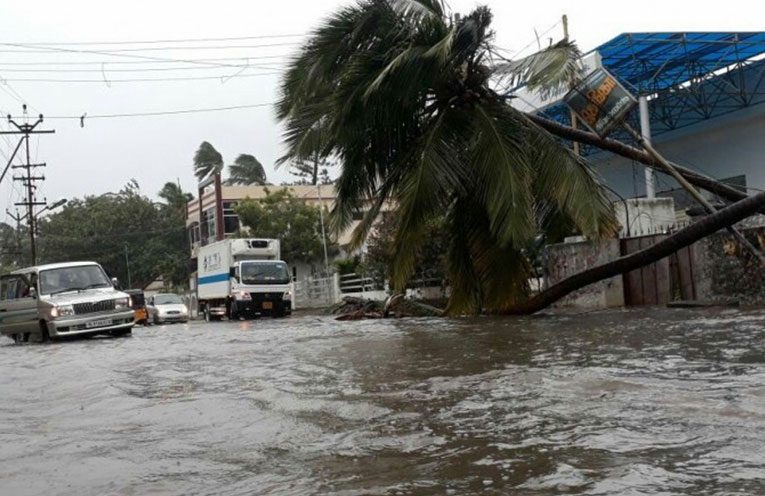 December 2, 2017 THIRUVANANTHAPURAM, Cyclone Ockhi, has taken 13 lives in Kerala and Tamil Nadu, and further moved to Lakshadweep, according to weather department. A red alert was issued on Friday for Lakshadweep; Cyclone continued to move in the direction of Lakshadweep Island. The cyclone has also taken 7 lives in Sri Lanka and 5 fishermen were reported missing yesterday.

The Air Force, Indian Navy and Coast Guard teams rescued 393 people across the state according to Kerala CM Pinarayi Vijayam. He said that the families of the departed will be given a compensation of 10 lakh. Due to strong wind and rain, many houses were damaged, coconut trees were uprooted and communication lines were down too.

Last night Prime Minister Narendra Modi got in touch with TN CM Palaniswami and assured him that help would be provided related to cyclone. According to TN Government press release they would get funds from Central government to help cyclone’s survivors.

INCOIS and IMD released joint news yesterday; that the strong cyclone storm over Lakshadweep might increase in next 12 hours. The island will see heavy to very heavy rainfall in next hours.