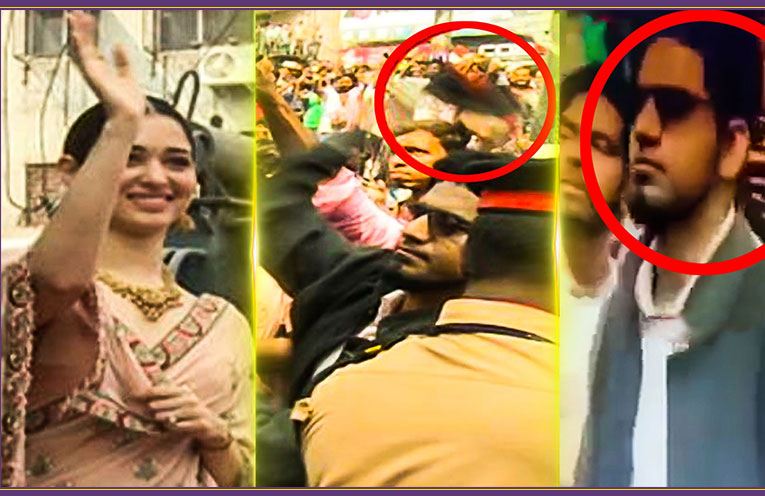 Tamannah Bhatia is undoubtedly one the most beautiful and talented actors that we have. Baahubali actresses, Tamannah Bhatia recently attended the inauguration of the Malabar Jewellery store in Himayat Nagar in Hyderabad. The function was going perfectly fine, when all of a sudden a crazy man hurled his shoe and Tamannah and thankfully he missed his aim and the shoe didn’t hit the actress but sadly it hit an employee of the store.

The security present took immediate action and didn’t let the guilty free from the site. The man who committed this hideous act was identified as Karimullah who is a B.Tech graduate. While interrogation, he revealed the reason for doing so was because he was frustrated by the roles she has been playing in her recent films.

“A complaint has been registered with the police under IPC section.”

Here is a video clip of the incident:-

“Tamannah was last seen in the blockbuster Baahubali: the beginning and Baahubali 2. She will also be seen in the movie Sketch and in the Tamil remake of Kangana’s Queen.”

What is wrong with fans?! Some college student throws a shoe #Tamannaah because he is not happy with her film choices! @newsx https://t.co/mTTWdJKSCa