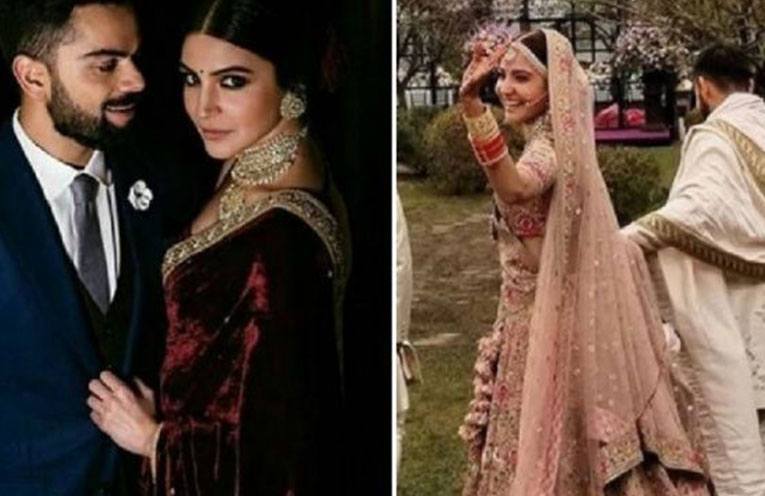 Virat and Anushka’s wedding was definitely one of the biggest highlights of 2017, where the entire nation flooded the newlyweds with best wishes and blessings. The wedding was a private affair in Italy and it was only attended by relatives and close ones. However, the reception seems to be a grand and lavish affair.

Here are the details of their grand reception

They made it ! Our heartiest congratulations to Anushka & Virat. We pray that this love story goes on forever and ever. Amen !@imVkohli @anushkasharma pic.twitter.com/dk9sqm4WgU

Delhi Reception:- The Delhi Reception will be held on 21st December 2017, at Durbar hall, Taj Diplomatic Enclave, Delhi. Virat Kohli hails from Delhi and has his family and extended family settled there.

@imVkohli @AnushkaSharma what a lovely invite. Everything about your wedding has been personal,classy & romantic. Just like you both. God bless. pic.twitter.com/OBHVp2dnE1

Recently, “A photo of Virat and Anushka inviting the PM for their wedding reception went viral.” We can’t wait to see the pictures of their reception.

Bathing in the morning or night? Which is better? Truth Revealed