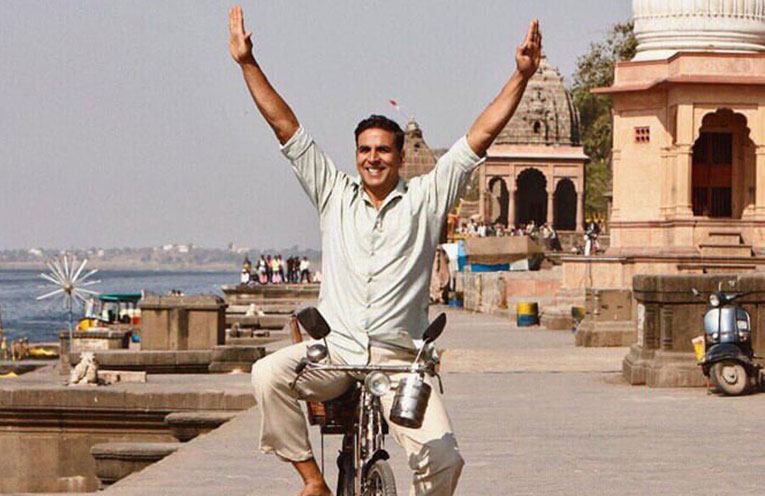 Akshay Kumar starrer, PADMAN is the movie we all have been waiting for, considering the hype that was created on social media and this movie is worth the hype. The movie is based on the true story of Arunachalam Muruganantham who is the inventor of low cost sanitary napkin machine. In a country like India, where Periods are considered a taboo, this movie bravely takes up this topic.

The 2.25 minute trailer is bound to leave you spellbound. It also stars Sonam Kapoor, Radhika Apte and is directed by R. Balki. The movie will be hitting the silver screen on Republic Day, 26th January 2018.

Great things come of out passion and PAD MAN is a great example of this. Thank you to everyone who has got us this far, I hope you enjoy the trailer!@PadManTheFilm @akshaykumar @radhika_apte #RBalki #PadManTrailer @SonyPicsIndia @mrsfunnybones @kriarj https://t.co/y4Wwqi9oYZ

A much needed film!! I’m so glad this movie is being made and spreading awareness about the struggle so many women have because of not having a pad! PAD MAN a true Superhero❤️ Hats off @akshaykumar for telling this true story👏🏼 can’t wait to watch it. #PadManTrailer https://t.co/lOxeCTfZY2

We all need one @akshaykumar aka #PADMan aka Superhero in every household in our country! 🇮🇳
A Brilliant story that needed to be told & master performances expected.
Kudos to @mrsfunnybones #RBalki @radhika_apte @sonamakapoor#PadManTrailer is truly a winner!👏🏻
– Lots of love https://t.co/iEfx96fUpy