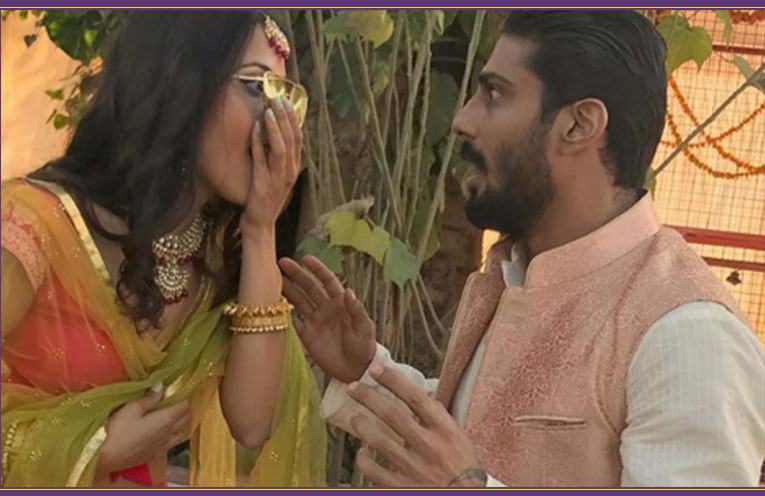 The 22nd January was the festival of Basant Panchmi for most of us, but for Prateik Babbar and Sanya Sagar it was the day they put a ring on each other’s fingers, yes! It is the day the duo got engaged.

The ceremony was held in Lucknow at Sanya’s Farmhouse. Their Roka was attended by their close friends and family. The wedding date hasn’t been fixed yet, but rumors have it that they will tie the knot in 2-3 years until then they will be enjoying their period of courtship.

Prateik and Sanya have known each other for eight years now, but they only began dating one year ago after Sanya returned from London.

Prateik Babbar is the son of legendary actor Raj Babbar and Late Smita Patil. He made his debut with Jaane Tu Ya Jaane Na, where he played the role on Genelia’s brother and he will be seen in a negative role in the Baaghi 2. Sanya Sagar on the other hand is a writer, editor and director.

“The team of Newsera would like to congratulate the couple and wish them all the best for their future.”

.@prateikbabbar just got engaged to #SanyaSagar and fans can't stop gushing over the @instagram announcement! pic.twitter.com/sCaIGRqpel

Overcome PCOS with a healthy diet