You are here
Home > Entertainment > Priya Prakash Varrier to debut opposite Ranveer Singh in Simba? 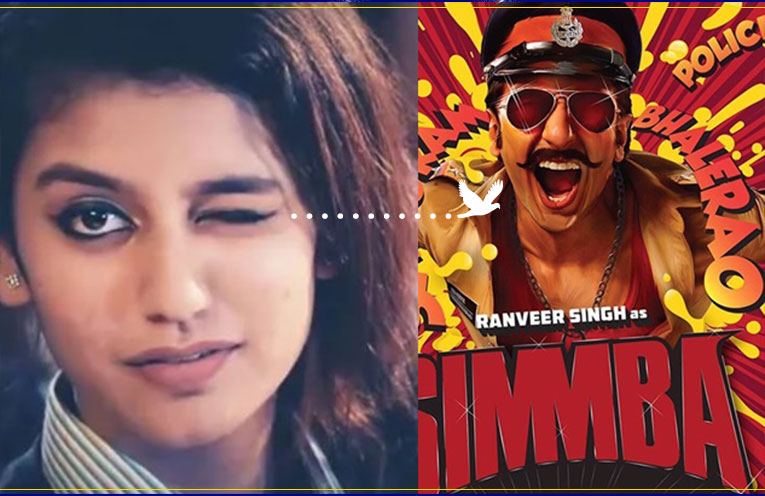 Priya Prakash Varrier stole everyone’s heart and became an overnight sensation with her wink. From being the third person to gain the most number of followers on Instagram over night to charging a whopping 8 lakhs for endorsing a brand on social media. Priya has been in the news for all the right reasons.

If reports are to be believed then, the 18 year old star is all set to make her debut opposite Ranveer Singh, who stole our hearts with his amazing performance as Alauddin Khilji.

It is said that the actress is being considered for Rohit Shetty’s SIMBA, opposite Ranveer Singh. The poster of SIMBA was earlier released on Social Media, the movie is backed by two of the most celebrated filmmakers, Rohit Shetty and Karan Johar.

Priya’s Malayalam film Oru Adaar Love is said to hit the silver screen on 14th June 2018. The actress has been getting a lot of offers from Bollywood, however she is being quite selective about the offers. But if she has been offered Simba, then I don’t think she could have a better debut.