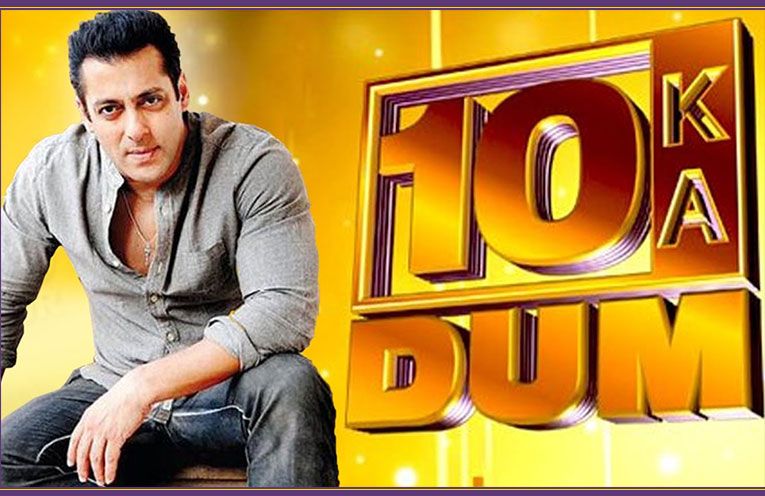 Salman Khan is without a doubt one of the best T.V Hosts that we have. Be it his macho personality or scintillating voice that makes girls go weak in their knees. Salman Khan is undeniably the most loved Host.

Just when you were disappointed with the fact that you would have to wait for an entire year to see Salman Khan back on screen, considering the fact that Bigg Boss S11 just ended. Salman is back with Dus ka Dum Season 2 on Sony T.V. Salman initially started his starrer as a host with the first season of Dus ka Dum and is all set to host season 2.

According to sources, the show is said to go on air in May, most likely. Salman will however start shooting for its promo by Mid February. The audition dates will also be disclosed soon. The makers of the show are planning to make the show grander than the first season.

Salman was last seen in the Blockbuster Tiger Zinda Hai which broke all the records and looks like “Dus ka Dum” season 2 is also set to break some TRP records.

Stephen hawking passes away at the age of 76