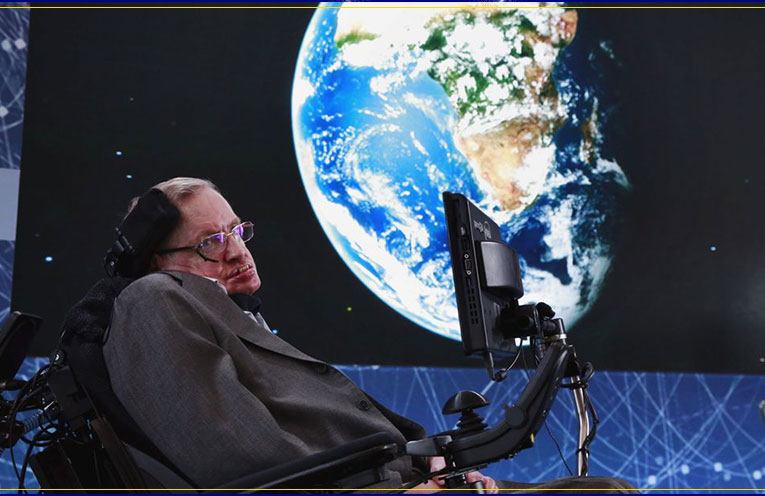 British Physicist, Stephen Hawking passed away in his sleep on Wednesday morning. The news was confirmed by his family.

Stephen Hawking needs no introduction, unless you have been living under the rock. He was considered one of the most brilliant theoretical physicists after Albert Einstein.

Here are 10 things you need to know about Stephen hawking

1. Stephen spent most of his life in a wheelchair, as at the age of 22 he was diagnosed with a rare form of motor neuron disease.

2. Due to the disease, he was given only two days to live, but he lived on however the condition worsened.

3. Stephen could not speak due to the disorder and would communicate through a voice synthesizer and by moving his eyebrows.

4. In 1988, he published the book A Brief History of Time which sold more than 10 million copies.

5. He is also famous for his Black hole theory and his papers from the origin of the universe to the prospect of time travel.

6. He was also awarded the Albert Einstein award in 1978.

7. As a kid, Stephen struggled with his studies and blamed the “progressive methods” for his failure to learn to read while at the school.

8. “The Theory of Everything” movie, released in 2014 was based on Stephen Hawking’s life.

9. In 2007, he participated in zero-gravity flight in a “Vomit Comet”, courtesy of Zero Gravity Corporation where he experienced weightlessness 8 times.

10. Stephen was an atheist and believed that the universe is governed by the law of science.

5 Definite ways to tell if someone is lying

Why do we need to stop looking down on Sex