You are here
Home > Entertainment > Swara Bhaskar slams Padmavat. The Co writers of Padmavat fire back. 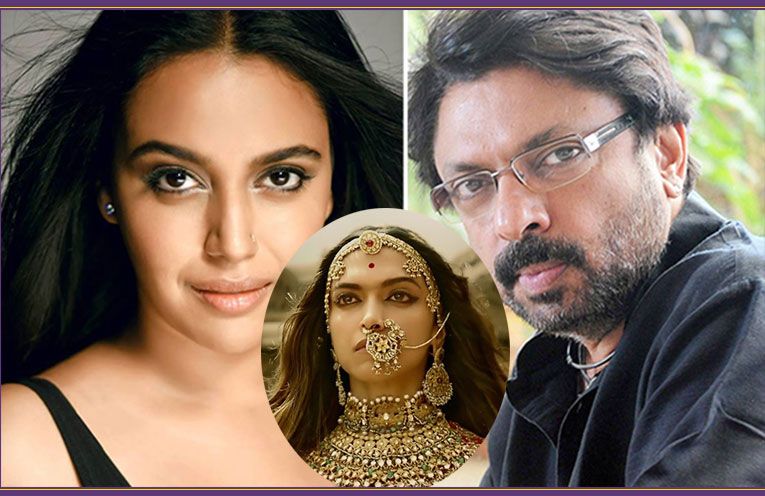 The movie Padmavat was based on history, but the movie is definitely going down in history for being one of the most controversial movies ever. Since the movie finally made it to the silver screen, you might think that the controversies have finally come to an end, right? Well, wrong.

While the movie has been receiving praises from tinsel town, there is one such celebrity who did not like the movie and it is none other than Swara Bhasker, the actress who will be seen Veera Di Wedding and looks like her BFF Sonam Kapoor’s blunt attitude is rubbing off on her.

“The actress took the social media platform to slam the movie in an open letter.”

“The co writers Siddharth and Garima were in no mood to sit back and watch and bashed Swara with an open letter.”

I loved the performances by all the actors in #Padmaavat – The film is seductive in its grandeur, scale, beauty, power of its actors’s performances, music, design, vision… and therein lies the problem! Some thoughts.. sorry abt the length 🙈🙈🙈https://t.co/0hYnvlAvAD

‘At the end of your magnum opus… I felt reduced to a vagina – only’ https://t.co/VrCYTQ8UUo | @ReallySwara pic.twitter.com/AdavgpTZQ4

"Practices like Sati, Jauhar, FGM, Honour Killings should not be glorified because they don’t merely deny women equality, they deny women personhood."https://t.co/VrCYTQ8UUo