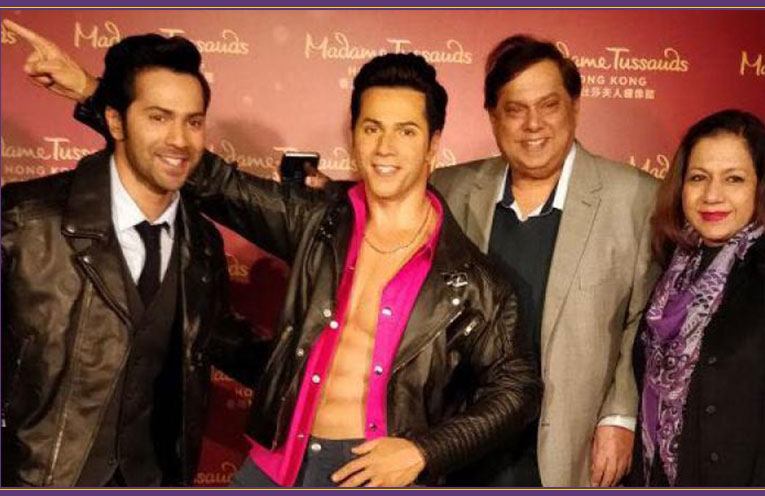 You know you have gone from star to superstar when you have your statue at the prestigious Madame Tussauds. For all those who don’t know, having a wax statue at Madame Tussauds is a big deal, it is probably on the wish list of every star.

The statue was unveiled on 30th January in Hong Kong. Varun was accompanied by his father David Dhawan who is an established Bollywood director, mother and sister.

Varun Dhawan is youngest actor to get wax figure at #MadameTussauds in Hong Kong.

The statue has Varun Dhawan in a dance pose and it looks like the signature step from Disco Deewane( A song from his debut movie), it does justice in bringing out his fun personality. The jacket spotted by his wax statue is the same jacket that he wore in Remo D’souza’s ABCD 2.

“I am so glad to be here. I would like to say a warm thank you to Madame Tussauds Hong Kong and my fans. I have visited Madame Tussauds when I was six and I can’t believe I can be the one to stand next to the figures of various celebrities and world leaders one day. I’m so excited to finally see my figure. It is so real,” Varun Dhawan said in a statement.

Varun Dhawan started his career with Student of the year and will be seen in October and Sui Dhaaga opposite Anushka Sharma.

Two of a kind! @Varun_dvn gives you a closer look of his wax statue at #madametussauds. pic.twitter.com/AEF2DBHT0I

The trailer of Dil Junglee starring Taapsee Pannu and Saqib Saleem is out!

How to eliminate Infertility from your life